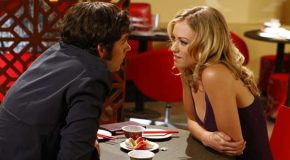 It’s argued that one’s body language can make or break them.  We, humans, communicate in various ways and body language is just as viable a way of expressing yourself and affecting the world around