You are here: Home » Articles » Weight Loss » 10 Drinks That Will Make You Lose Weight Faster

10 Drinks That Will Make You Lose Weight Faster

10 Drinks That Will Make You Lose Weight Faster
https://www.mensanswer.com/articles/weight-loss/drinks-that-will-make-you-lose-weight/

It’s one of life’s hardest facts – some guys find it harder to lose weight than others. Unfortunately, there’s nothing to get around this; everyone’s metabolism is different and if yours happens to be on the slow side, you’ll find it much more difficult to shed the pounds. 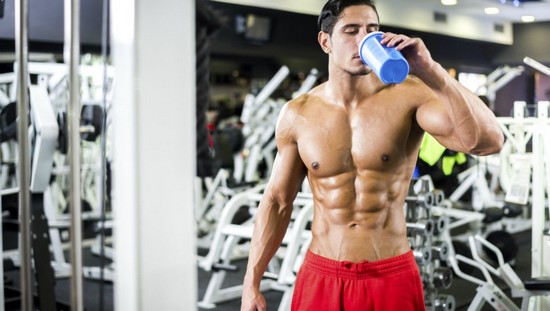 While it might be a little harder, it’s by no means impossible. There are a whole host of techniques you can tap into which can speed up your metabolism and ultimately, make weight loss so much easier.

Some of these are as easy as downing a drink. Bearing this in mind, we’ll now take a look at some of the best drinks (including smoothies) which can turn the speed dial up on your metabolism and get you shedding fat in no time at all. Here goes… 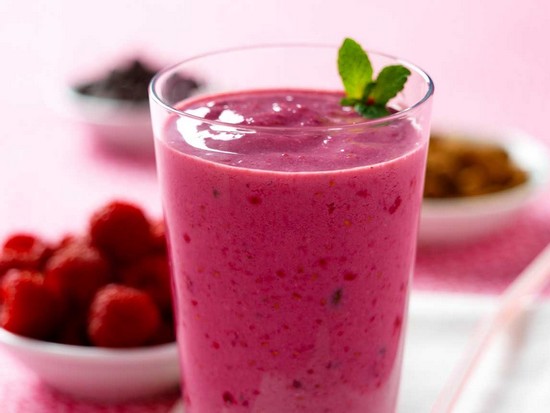 We’re in the age of the superfood, so it comes as no surprise that a berry smoothie is first on our list. The fact that berries contain so many antioxidants means that you’ll be immediately detoxing your body, and boosting your metabolism in the process.

To make this smoothie, you’ll need 1/3 cup of raspberries and 1/3 cup of blueberries. Blend these with 1/3 cup of pomegranate, a banana and a little water and your berry smoothie will be ready in no time.

Raspberry Smoothie (with a coconut kick) 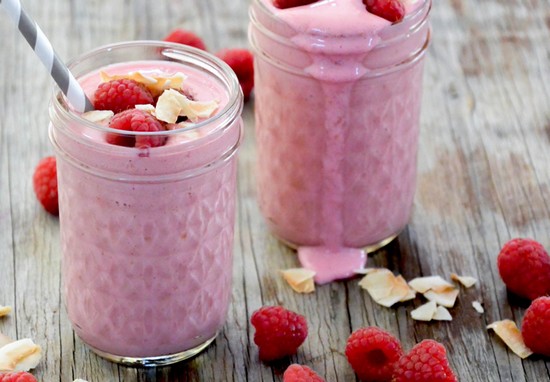 Staying on the topic of berries, the next suggestion comes in the form of a raspberry smoothie. However, it’s not just a basic smoothie with pulped raspberries – it contains several other ingredients that can make your metabolism unstoppable.

This time, you’ll be starting with slightly more berries; around 3/4 cup of fresh raspberries to be precise. Proceed to add a can of coconut milk, a couple of tablespoons of maple syrup and 1/4 teaspoon of cinnamon. As usual, you’ll need water to thin things out and actually make the concoction drinkable.

While the cinnamon is the smallest ingredient out of those that have been listed, it also happens to be one of the most important. This is regarded as an ingredient which isn’t just low in calories, but can also suppress your appetite. It’s a win-win. 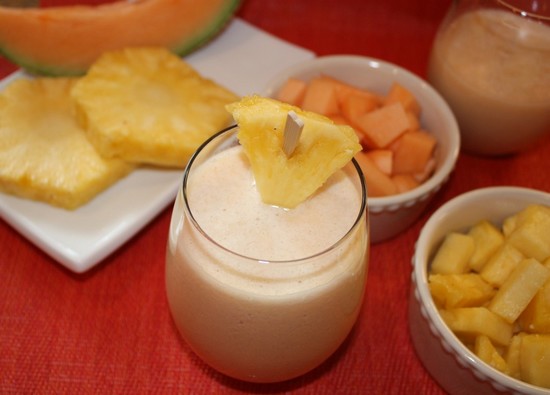 Arguably one of the more tropical recipes on our list and one that is probably going to be a favorite with your taste buds. This smoothie is comprised with some of the juiciest fruits going and you’ll need 1/2 cup of cantaloupe, 1/3 cup of mango and 1/2 cup of pineapple to get started.

The only “extra” ingredient comes in the form of 1/4 cup of pumpkin seeds which, as we all know, contain masses of protein for their size. Additionally, as always, you’ll need a bit of water to top this smoothie up.

With all of the fruits combining, a side benefit of this concoction is that you’ll have huge amounts of vitamin A, Vitamin C and zinc flowing into your body. In other words, as well as the super-fast metabolism you’ll benefit from, your immune system will also get a kick. 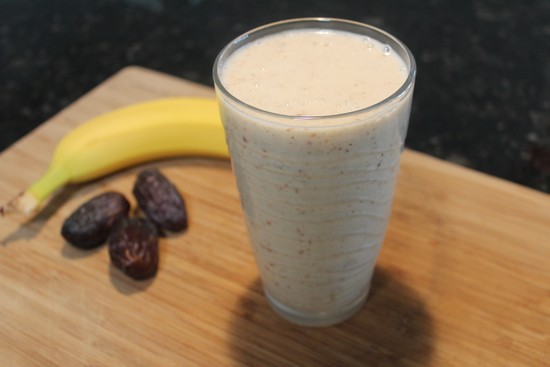 This is one of the simplest recipes on the list and if you’re in a rush, it’s absolutely ideal. It uses just one pitted date and a banana as its main ingredients – with both of these having renowned metabolism-boosting properties.

As well as the above, it uses a cup of almond milk to provide taste and “thin” it out. Additionally, and not for the first time through our guide, cinnamon is on the menu.

You’ll need just a 1/4 teaspoon of this, with this being sufficient to add a kick of flavor and all of the fat drilling rewards we have spoken about. 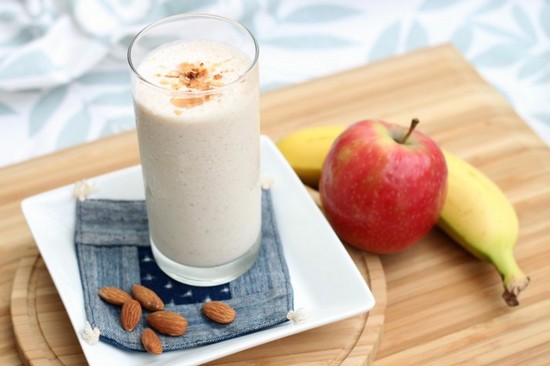 This is one of the most filling recipes on our list and if you’re looking for a liquid-breakfast, this seemingly ticks all of the boxes.

The amount of protein contained within this breakfast smoothie is substantial and is mainly due to the five almonds and 3/4 Greek yoghurt that you will be using.

As well as this, you’ll be filling up your blender with an apple, a banana, 1/2 cup of milk and of course – that secret 1/4 teaspoon of cinnamon.

With so many ingredients, you’ll be gifting your body with umpteen vitamins as well as sensational taste. 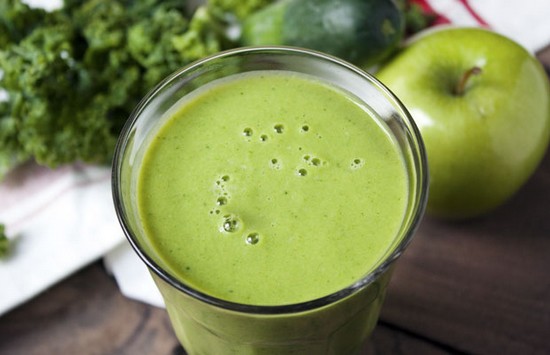 Staying on the topic of apples being the main ingredient, we’ll move onto an apple and kale smoothie. As we all know, kale on its own isn’t going to win any awards for taste – but combine it with an apple and suddenly things start taking a turn for the better.

As well as using your apple and two stalks of chopped kale, you’ll need a squeezed orange, squeezed lemon and one teaspoon of ginger.

As you would expect with a smoothie that takes advantage of two citrus juices, this smoothie is awash with taste.

Pineapple Smoothie (with a ginger kick) 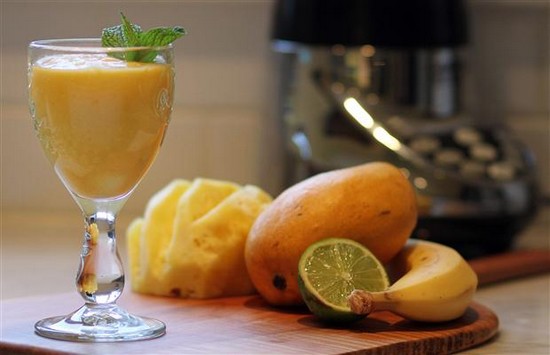 Ginger was involved in the previous suggestion and it makes an appearance again. It’s blended alongside plenty of pineapple here, with the recipe requiring 1/2 cup of diced pineapple as well as 1/2 cup of pineapple juice. To top things off, you’ll also need a banana, 1/2 cup of Greek yoghurt and of course the one tablespoon of ginger.

It would be fair to say that the pineapple is mainly there for taste purposes, but it’s the ginger that really gets your metabolism going here. With the Greek yoghurt supplying a hefty chunk of protein – this is one smoothie that can get you through the morning. 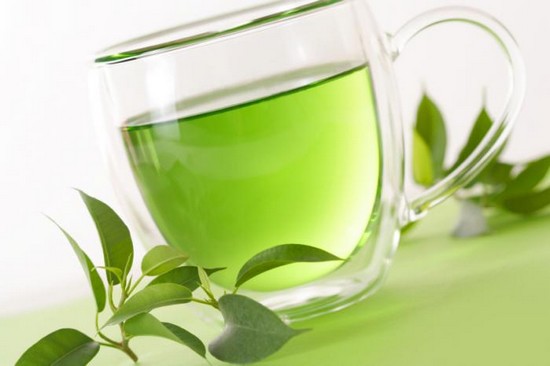 So far, we’ve only concentrated on smoothies. This next liquid suggestion comes in the form of green tea. This is a drink which has terrific power when it comes to boosting your metabolism – although you can make a slight change to the recipe while you brew to make even more of a difference to your body.

Simply adding fresh lemon, cayenne pepper and of course cinnamon can do wonders for your metabolism, and make your green tea beverage even healthier than usual. 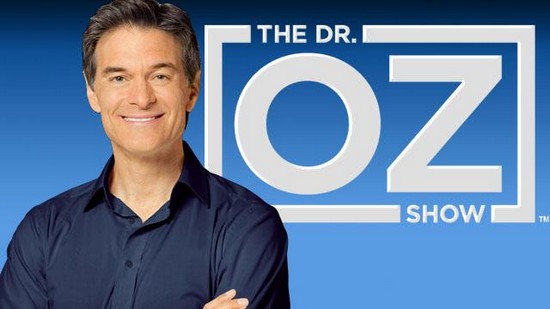 If you want to try a further deviation of green tea, Dr. Oz has devised a simple and popular recipe which is making serious headway amongst nutrition enthusiasts.

Mixing eight cups of normal brewed green tea with a handful of mint leaves and a tangerine, it’s understood that the weight loss benefits with this beverage are as significant as it gets. Once again, it’s a natural solution and the main tip is to keep it chilled before you drink. 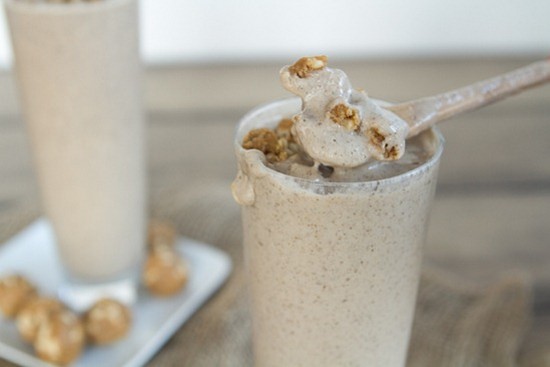 Finally, we’ve probably reached the tastiest beverage on our list. As all guys know, few foods beat peanut butter when it comes to protein. With this being the major ingredient of this smoothie, it goes without saying that it can pack a real punch and provide you energy for hours on end.

Naturally, it’s not just peanut butter which forms this smoothie though. As well as using two teaspoons of the peanut butter, you’ll be turning to a banana, spinach leaves and unsurprisingly, 1/2 teaspoon of cinnamon.

To provide even more of a protein (and energy) kick, it’s recommended to add a scoop of hemp protein, before washing it all down with water to thin out.

10 Drinks That Will Make You Lose Weight Faster
https://www.mensanswer.com/articles/weight-loss/drinks-that-will-make-you-lose-weight/