A man and his watch are a bit like a man and his car; we all love to own the flashiest and best models. Unsurprisingly, the crazes usually start in Hollywood – where some of the most exuberant watch models are showcased on a regular basis. 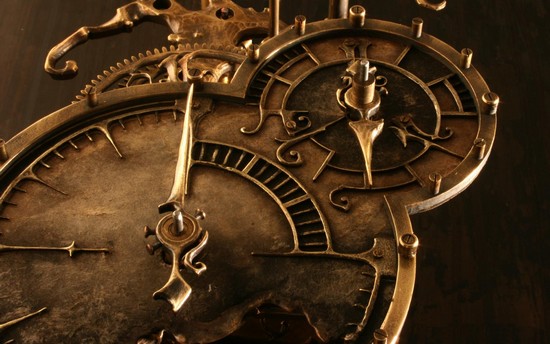 Through the remainder of this article, we’ll take a look at which watches some of the biggest celebrities in the world currently don.

If there ever was a definition of “A-list”, it most certainly arrives in the form of Tom Cruise. This is an actor who has been on our screens in some of the biggest movies ever created and at the moment, he is the star of Edge of Tomorrow. 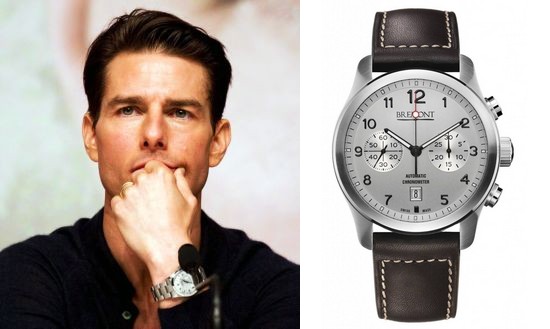 Considering the fact that most of Cruise’s roles are action-based, it won’t come as a surprise to read that his watch choice also mimics this.

He regularly wears a Bremont model, with the British watchmaker renowned as being somewhat more rugged than some of the other brands that are discussed through the remainder of this article.

Nevertheless, let’s not dispute the fact that they are authoritative, while their aviation links are thought to be another reason which entices Cruise to them. 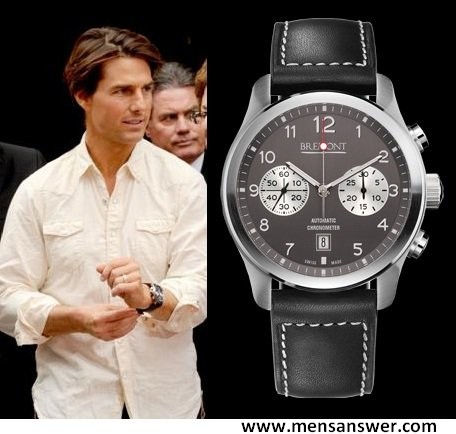 The brand was founded by two former aircraft designers and a lot of their watches are constructed from instruments which look like parts from various aircrafts.

It’s also worth mentioning that they are much “cheaper” than a lot of other premium brands, with one of Cruise’s timepieces said to cost around $5k.

On the subject of A-list actors, step in Leonardo DiCaprio. Again, this man’s achievements on the big screen are rarely beaten and having launched his major career with his lead role in Titantic, he has won countless accolades in the business over the decades. 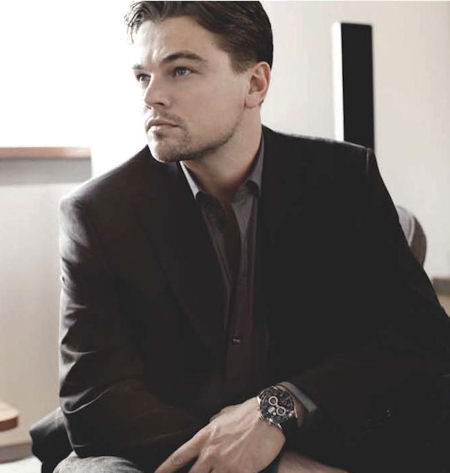 It’s on this occasion that one of the more well-known watch manufacturers steps in, with Tag Heuer being the lucky brand that has enticed DiCaprio.

It’s the Carrera Chronograph which he specifically wears and again, at least in comparison to some of the models that the celebrities wear, the cost of this is modest. 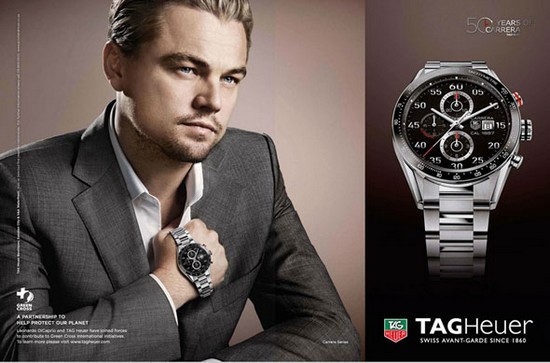 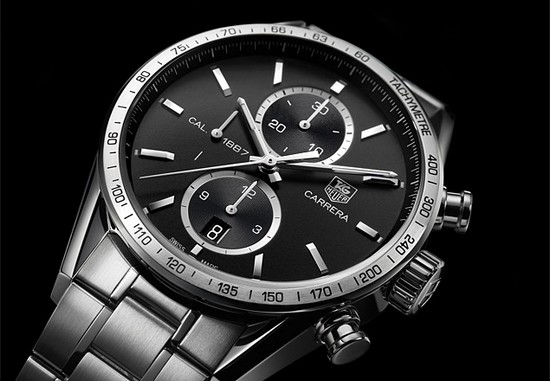 Nevertheless, Tag Heuer are seen as one of the premium brands in the business and while they have earned their reputation in the watch field, they have recently spread to other fashion areas which highlights just how fast they are progressing.

When we talked about Tom Cruise and his action-based films, this was nothing in comparison to some of the stuns that Jason Statham regularly pulls off. 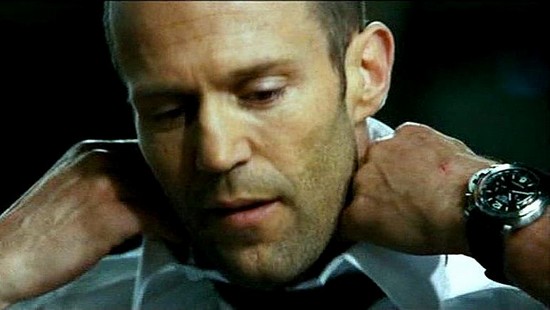 The British-born actor has again made a career from some outrageous titles including The Italian Job and the Expendables, while he is due to play a leading part in Fast and Furious 7 next year.

Statham has turned to Panerai as the watch brand of his choice and if you have watched one of his films, The Transporters’, you’ll see that his character dons one of these models and it is prominently featured. 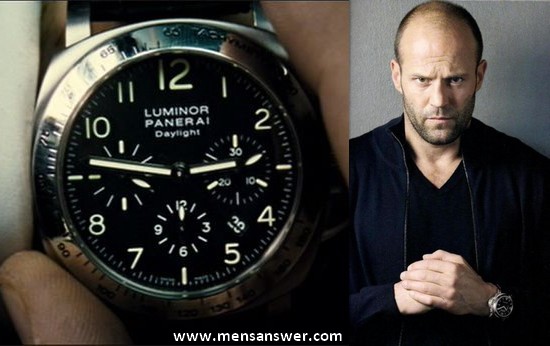 This is a manufacturer that started out by helping the frogmen in World War II with their products, and has gone from strength-to-strength ever since.

As well as appearing in some of the biggest film titles in the world, the Panerai brand has entered into deals with the likes of Ferrari to produce some stunning collections.

If we now turn to the music industry, singer-songwriter Usher is next on our list. Having sold tens of millions of albums over the course of his career, few would doubt that he is one of the biggest personalities in music, while he has also crossed into the acting industry over the years. 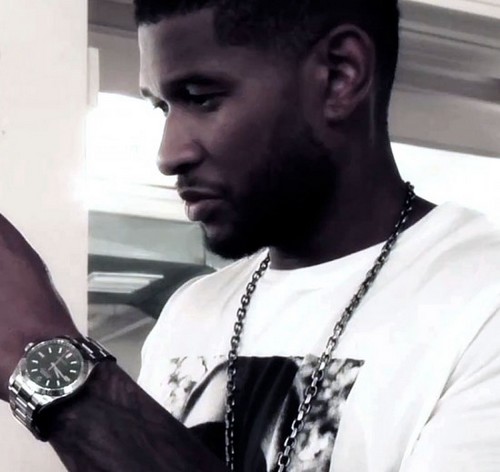 Unsurprisingly, Usher is yet another huge celebrity and this means that there is plenty of attention on his accessories – such as his watch. This is where the world-famous Rolex brand comes into play, with the singer now donning a Rolex Milgauss.

Such an association really shouldn’t come as a surprise, particularly when you see that Forbes recently classed this company as the 57th most powerful global brand in the world. It is arguably the most exclusive brand in the watch industry and one has to wonder if this will ever change.

An article featuring some of the biggest male celebrities just wouldn’t be complete without a mention of Brad Pitt. 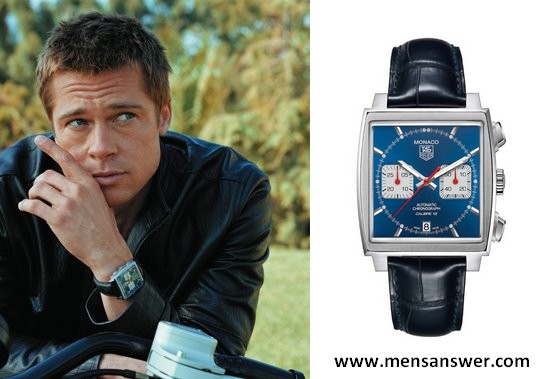 We don’t need to whittle through his achievements; as well as being one of the most successful actors of his era he also happens to be one of “those” men that we all want to be like.

Tag Heuer are the brand who appears on his wrist, with Pitt currently being one of the company’s ambassadors. At the moment he wears the Carrera model, which happens to be one of the most popular types due to its elegant appearance.

Whether it is the Iron Man series or Sherlock Holmes, Robert Downey, Jr is now one of Hollywood’s favourite actors. Of course, while most of us may know him for his recent success, it’s worth mentioning that Downey, Jr has been on the screen since he was just 5-years-old.

In terms of his wristwatch, he is the only man on our list to take advantage of Jaeger LeCoultre products. These models came into prominence during his time in the Iron Man franchise, where the watch was regularly seen during his promotional appearances. 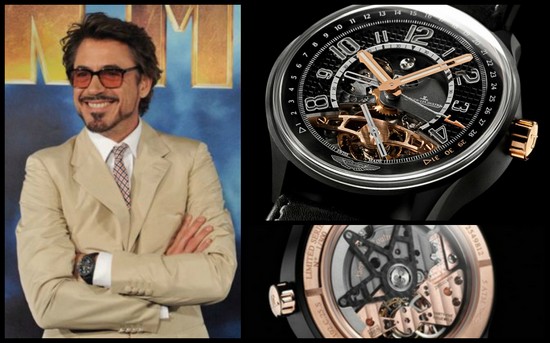 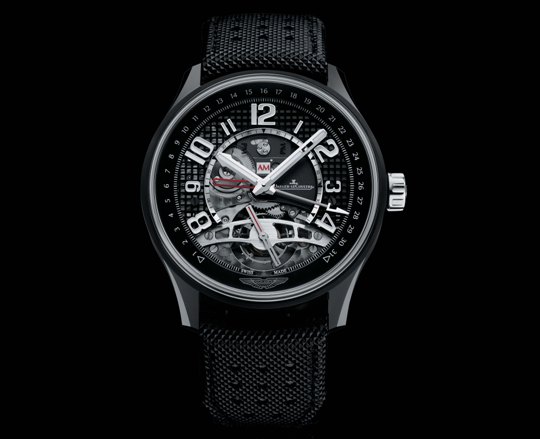 He has been specifically spotted wearing the Amvox 3 model, although this isn’t merely what the manufacturer is renowned for. They have invented the world’s smallest calibre and the world’s most complicated wristwatch, meaning that they are another of the most exclusive brands in the industry.

We’ll end the article with John Travolta, who is best known for his lead appearances in the likes of Pulp Fiction and Face-Off. Just like Downey, Jr, he also boasts a career spanning decades and this is probably the reason why there is particular interest placed in his watch. 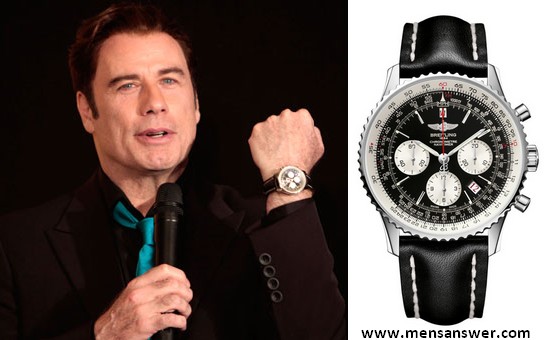 He is the only man on the list to don the Breitling, although don’t let this detract away from the brand. After all, this is a manufacturer who are also associated with David Beckham, highlighting that they are again one of the most prominent companies in the industry.

They also have a well-known association with Bentley, once again showing just how sophisticated this manufacturer really is.

Forget Mr. Average: Why You Should Dress up Each and Every Single Day

The Perfect Sunglasses Fit For Men: How to Find Sunglasses That Suit Your Face & Style