You are here: Home » Articles » Sex & Women » 7 Things A Real Man Will Always Do

7 Things A Real Man Will Always Do

7 Things A Real Man Will Always Do
https://www.mensanswer.com/articles/sex-women/things-a-real-man-will-do/

Character and integrity are everything regarding one’s life and relationships.  A man who can’t stand his ground or wouldn’t support others who support him, is a man you cannot trust nor admire. 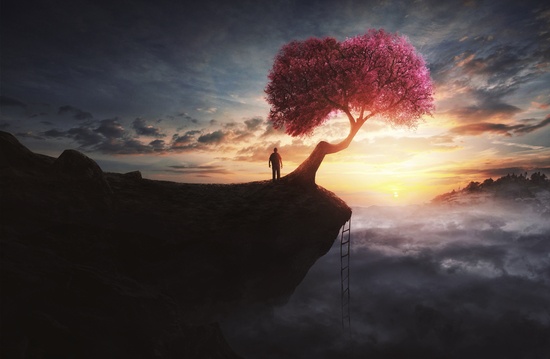 At the end of the day, a true, real man will be a benefit to self and everyone around.  Here is why we need to look at sever things a real man won’t do.

He Won’t Buckle Under Pressure

Life is full of everyday challenges.  It’s the only way humanity has survived to this day.  Men have had to face these challenges of mind and body, and it hasn’t been a  pretty sight.  It takes a real man to stand up to the pressure and not buckle.

These are the kind of men who become leaders in all walks of life.  The kind of chap you can depend on when the chips are down.  They may not be the brightest or smartest, but they know that weakness in the face of diversity is not the way to win.

They may be the captain of the sports team or a regular player, but they have people who look up to them for guidance and support.

In any relationship, he’ll not whine and cry at every due bill or car fender bender.  He’ll keep a cool head and reason things out for the best.

This fellow is the kind of man we all want to be around.

He’ll Stand By You No Matter What

We all run into problems and situations that are sometimes just too much to handle it seems.  At times like this you need a friend, and if you’re a real man you will stand by those that need your support.

Women face many challenges men just cannot comprehend, but a man of real character and integrity will realize the woman in his life is in distress and needs some support.  We’re not talking about chronic sympathy because that doesn’t help anyone.  We’re talking about the kind of fellow who knows how to be patient and to offer that sound and reasonable helping hand.

They don’t solve all her problems or the kids’ problems but offer alternatives to get the person in trouble to reason out the solution to problems instead of exacerbating them.

These are the kind of men that have made society work for the better.

He Will Not Betray Others

A true friend will stand by you and never undermine you.  That’s what a real man does.  He is loyal to his friends, family and loves.  He knows people can be faulty and often self-destructive, but he has the cool-minded sense to see these things for what they are and then helps out to work them out.

They’re the kind of fellow who asks others to wait a minute before making rash decisions.  Others come to trust them because of their loyalty.

This situation goes double for relationships.  No woman wants a man who can’t stay true.  A man must be responsible for his woman to make sure he doesn’t betray her in body, or social relationships.  It could lead to disaster or disease.  What a man finds in his home is what he has brought in or allowed others to do.

You’ll know the loyal chap in the fact he’s surrounded by lifelong allies, and that’s an indicator right there that he sticks to his allegiances for the long run.

He Will Take Responsibility

A real man will take responsibility for what happens under his care.  He won’t whine and cry about how his car doesn’t work because of someone else or why his life is miserable because of something else.

He knows he is responsible for the decisions and actions he’s taken and won’t burden others with idiotic accusations.  He’ll not blame his woman for problem s around the house but point out the problem and work out how things can be done better to prevent them.

He doesn’t punish the kids or pets for his lack or paying attention either.  He’s not a caveman; he’s a real man who knows he can change things for the better by his hand or make matters worse via the same.

This man is the fellow who is always successful and always comes out on top.  He may not be the wealthiest, but he’s rich in a stress-free and troublesome life.

A Real Man Will Stand For What Is Right

Society cannot advance if men stand by and let the wicked rule.  A real man will stand up for what’s right.  You’ll find him in the roles of teachers and law enforcement.  They know that their strengths are what keeps civilization in the strong.

They’ll also be found in religious positions of authority because they have the courage and character to sacrifice for the common good.

While other guys may want the group to look the other way when wrongdoing occurs, he won’t.  He’ll make his stand, take the fire, and in the end always come out on top.

This dude is the guy you want around your family and friend and on the job.

He Will Balance His Emotions With Rationality

No situation will end up good if a guy can’t reign in his emotions.  A real man knows that when the going gets tough, the smart save the day.  A real man won’t go off knocking over furniture or hitting others because trouble arises.

A real man uses his reason to solve problems and prevent them.  He’ll know that being patient and allowing for him to look at all sides of the problem is the only way to get a resolution that is best for all.

He Will Appreciate The Efforts Of Others

In any relationship, being appreciative of the efforts of others.  They’ll say thank you often and bring gifts of flowers and other goodies.  They won’t let the little things slip by without acknowledging them so that extra baked treat or picking up after him will be met with the proper acknowledgment and affection that keeps relationships strong.

It behooves a fellow to realize that other people care about him.  Whether in a romantic relationship or business situation.  A real man will do good jobs and deeds, and others will recognize them even if he doesn’t.  When people acknowledge him, he’ll be aware and reciprocate.  This example is how relationships survive the long run and make these kinds of men the focus of admiration and acclaim.

It’s not that difficult to spot the real men around you nor for a real man to see in himself these qualities that make hims stand out among the rest.

Don’t force it, fellas.  Be yourself and look at the result around you.  Do you have people who are continually complimenting you and thanking you for being a friend or associate?  If so, it’s because you’re the kind of man that others can depend upon.  That others look up to and that women will admire.

Word travels fast about a man of solid character.  People know he’s a guy who will speak his piece and offer the helping hand.  He won’t fall apart at the slightest problem and will solve the many problems that others might not be able to.

These are the men of legend, and you can be one too.

7 Things A Real Man Will Always Do
https://www.mensanswer.com/articles/sex-women/things-a-real-man-will-do/