There are plenty of quotes from men about how they “wish they could understand women more” and in truth, these comments are likely to continue for as long as the world spins around. 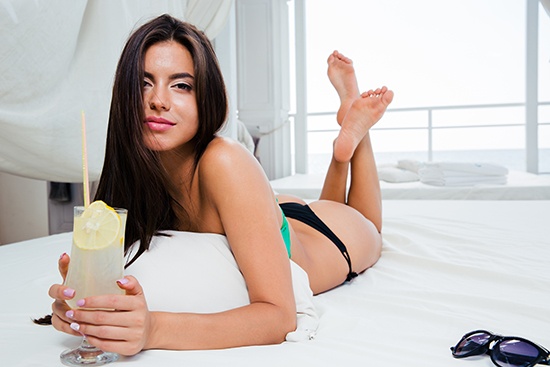 However, as time has progressed, there are more things that men can find out about women and specifically, the female body. This has occurred through various scientific studies, which have really opened things up and shown that women are made up much more differently than males.

All of the above has led to this article. We have found fifteen of the strangest facts about the woman’s body, all of which are generally unknown to man. In other words, if you really are desperate to find out more about females and learn about them, take a look at the following points to help you along your way.

Women can have multiple orgasms

Let’s get one of the biggest points out of the way first; one that most men around the world will be desperate to know. It’s true, women can have multiple orgasms, this is not an exaggeration in the slightest.

This is in complete contrast to men, who need a little time between each one. Unfortunately, this “little” time varies between individual, there is no golden number to fall back on and what might be an hour for one guy, might be several hours for another.

Food and sex – they’re the same

Ok, this subtitle might be a bit of an exaggeration, but there is some method in our madness. It all revolves around the female brain, with studies showing that the part of the brain which is aroused for sex is the very same one which is activated when a woman thinks about food. The research found that this is particularly prevalent when a woman has cravings for a food.

This is one of the more interesting points and relates to the way in which men are naturally attracted to women who are fertile. As a result of this, studies have been conducted which have found that men find women taking birth control less attractive – and the biological signs tend to focus around the woman’s odor and voice pitch.

The clitoris grows in size as a woman ages

This is another scientifically interesting point we will raise. The clitoris naturally receives great attention; it’s the point in the body which as we all know delivers the heightened sensations during sex for a female.

A lot of people, women included, don’t realize that this area of the vagina grows as they age. In fact, by the time the menopause arrives, it’s grown to be three times larger than it was during the teenage years.

The clitoris is key to an orgasm

This won’t be a newsflash for some of you, but on the subject of the clitoris studies have found that it is key to an orgasm for most women out there. We say “most women”, because the official statistic is that up to 75% will achieve an orgasm following clitoris stimulation.

If a woman is over 40, she will experience faster orgasms

To keep things simple, let’s stick with another clitoris-related point here. Or, to tune into specifics, something that is linked to orgasms. It has been found that those women over 40 will experience an orgasm much more quickly than those who are under this age.

One breast is bigger than the other

This next point almost sounds ridiculous, but it’s completely true. If you were to measure the breasts of every woman in the world (which is something that we don’t recommend in the slightest, we should add), you would find that nobody has two breasts which are exactly the same size.

Sure, the difference in most cases is very small – and maybe not even noticeable to the naked eye. However, the point is, they are never the same size.

Orgasms can benefit a woman’s health

There are all sorts of studies which have been conducted about orgasms, and the one we are going to focus on here has found that they can help a woman experience fewer menstrual cramps.

The hymen is not related to virginity

A common misconception amongst men, and probably some women, is that a non-existent hymen means that the woman has experienced sex in the past. In other words, she is no longer a virgin.

As it turns out, this doesn’t necessarily have to be the case. There are countless reasons why it can break, and many of these are completely unrelated to sex. For example, there have been cases of the hymen breaking after riding a horse!

Women prefer sex in the summer

Obviously, there will be some exceptions to this next point, but some studies have found that women prefer to have sex in the summer months. This isn’t actually related to the temperature of the season, but actually the scents that it promotes. It was found that the scents that are prevalent in summer are more likely to arouse a woman, and as a result make sex much more enjoyable.

Women see men who smell good as being more attractive

This is one of those facts that is related to hormones. It has been found that if a man smells good, they are much more likely to be regarded as being more attractive by women.

Like a lot of the points we are raising through this guide, this is also bordering on the intriguing. This time, studies have shown that a woman is more likely to trust a person (whether they are male or female, we should add) if they have hugged them for at least 15 seconds.

This is one of those points that some of you may have heard time and time again. However, have you heard about just why women live longer than men? We’re going to assume not.

Some studies have pointed to the suggestion that women lead a healthier lifestyle. However, something else that has come into light over recent times is that their bodies are more able to fight disease. Some have taken this even further, with early research indicating that child bearers have even stronger bodies in this regard.

This next point has been suggested by several evolutionary biologists, although there are plenty of indications in the modern-day world that this is changing. These biologists have said that it is natural for women to seek men based on their attractiveness and resources, but at the same time men will tend to look for attractiveness and also youth.

Like a lot of the points which have been touched upon, this next one is still in its early days and has only been covered in minimal scientific research. Nevertheless, the conclusions are very interesting, and have suggested that the attractiveness of a child is based on what his or her mother ate during the period in which she was pregnant.

7 Must-Eat Foods For A Better Body And Brain