You are here: Home » Articles » Health & Wellness » 10 Characteristics That A Man Of Confidence And Integrity Has

10 Characteristics That A Man Of Confidence And Integrity Has

10 Characteristics That A Man Of Confidence And Integrity Has
https://www.mensanswer.com/articles/health/characteristics-of-a-confident-man/

If you’ve ever worked in an office or played on a team, you’ll remember the winners.  The guys who always came out on top.  This kind of guys had one thing in common; they had the kind of straight-up confidence and integrity that others lacked. 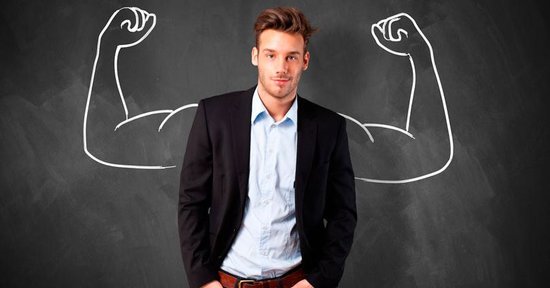 They Stand Their Ground

What the first sign of a man of integrity and confidence have is that they’ll stand their ground.  Things will come up that challenge a situation and other people may start falling apart.  A person has to stick to their evaluation of a situation and not get flimsy.  Most people just don’t have enough faith in themselves to evaluate a troublesome situation or person to make a decision and stay with it.

The guy with conviction, confidence, and integrity will make an analysis of a situation and then make an evaluation and stick to it.  All the arguing in the world won’t change their mind either.  You can debate until you’re blue in the face, but they’ll stick to their guns and take responsibility no matter what. This kind of man is the guy you can trust.  The kind of matey you know will have your back.

They Are Loyal To A Fault

Confident people don’t go into gray areas where it comes to the loyalty they express to friends.  They know who their buddies are and they stick by them no matter what.  Whenever a problem arises, confident men rush to the aid of their comrades and don’t get soft against an adversary.

They don’t sit around and take orders either but instead offer sound advice that they’ve thought through and stand by it.  You can always tell when a man of confidence and integrity is nearby because their friends will always mention them as the person who they can depend on when the going gets tough.

Confident men of integrity don’t start fights, but they’re liable to finish them.  Their sense of personal honor is so worthy that they’ll be the last to walk away from a fight, but they’ll surely be the first to stand their ground.  They make an objective analysis of a conflict and won’t just jump in without careful consideration.  However, once they’ve made up their minds, you can bet the enemy is in for a good fight.

You’ll see them rise the ranks within the military too.  Especially under combat conditions.  Many a colonel and general didn’t go to military school, but during battle, they proved their mettle to the point that higher command and non-com troops noticed and stood by him.  They like to see peace first and by sheer presence can instill such.  These are the kind of fellows you want on your side.

The Man Of Integrity Is Honest

Another trait is honesty.  A confident man of integrity is honest.  They do not need to steal because they have enough faith in themselves to know that they’ll be rewarded via their hard work and not by deceiving others.  It’s due to the lack of fear.  They know they have the skills and talent and knowledge.

They know that they can take on any relationship whether personal or professional and not have to undermine others to get ahead.  You’ll see this in their personal histories.  They’re not in jail or mired in the court system.  Sure you’ll see criminals with all sorts of confidence, but their lack of integrity is what lands them afoul of the law and rotting in jail.

When you run into a fellow with confidence look for the indicators of whether they boast of misdeeds and criminal behavior.  Yes they have confidence, but it’s false and without integrity, dangerous.

They Say What They Mean

Have you ever been studying history and read the speeches of leaders that spoke their piece and stood their ground against all the odds?  Well, those are men of confidence and integrity.  They talk from both the heart and head and will not buckle under adversity.  They know what they’re talking about and won’t just shoot off at the mouth just to please others.  They’ll have thoroughly studied before they even open their mouths.  They’ll think of others and not be selfish about things.

Just listen to confident men speaking and look for the telltale signs of integrity.  If they brag about wrongdoing, they’re not men of integrity but bullies.  The well-spoken men of confidence and integrity are the kind of men who lead societies and industry down the right road.

You won’t ever hear a man of confidence and integrity blaming others for their shortcomings.  They don’t yell at the wife and kids or upbraid a fellow employee or teammate or classmate for things that go wrong.  No, the confident fellow with integrity will stand his ground and take his lumps.

He’ll look at the situation and realize where he could have been more responsible.  Sure he may find that others are at fault, but he won’t shirk what he may have done by mistake or by not paying attention.  This kind of fellow learns from error, and you won’t have to keep an eye on him afterward.

He’s the team member that you can count on and the friend you can depend upon.  Just listen carefully to your mates.  How many of them blame the wife or kids, the neighbor down the street or some social, political group for their woes.  Men who do that have no integrity and are a menace to all.

They Won’t Crumble Under Pressure

When the chips are down, and backs are to the wall, you can depend on a man of confidence and integrity.  They’ll face up to pressure and take charge as they not only stand their ground but also support others as part of the team.

Others will fall apart while he’s keeping things real and holding things down.  This one is the buddy you want on the sports team and in the office and on the battlefield.

They’ll Take Others To Task

Never to let the weak get weaker, the confident man of integrity will take others to task who won’t tow the line.  They’ll spot weakness quickly and act on it.  They don’t make harsh criticisms but will offer constructive criticism and guidance to all involved.  They’ll also take the extra time to back up their advice with an example.

When the guys can’t get through that defensive line, he as a football player will pull the team together, show them what went wrong and take charge on the field with an example of what’s right to do.  Same on the job.

A co-worker who isn’t performing up to par will benefit when the confident man of integrity is on the job.  He’ll talk to management and volunteer to bring you up to specs, not chastise and criticize and whine all the time.  A true friend indeed when people are in need.

They Don’t Engage In Frivolous Gossip

You won’t find the confident man of integrity engaging in trivial gossip.  They don’t have to chop down others to make themselves look good.  This is why you’ll see them withstand any diversity because they’ve not participated in any of it.  They speak their piece and doesn’t speak ill of others.

They build people up, not tear them down.  They want strong people around them and will lift up the weaker and teach them how to expand their virtues.  Usually, when people are gossiping about them, they’ll politely ask them why they’re saying such negative things and not offering constructive help.  That regularly gets them in trouble but makes them the kind of person others respect.

People Are Attracted To Them

One of the crucial points of the man of confidence and integrity is that they attract folks and things to them.  People know that when adversity strikes they need to find someone to lean on if they have trepidation regarding a situation.  When disaster strikes or at the office when confusion ensues, people will look for the person who is calm and collected and takes charge.  These are the qualities of leadership that we all depend upon.

That’s about it. There are more qualities the confident man of integrity expresses, but these are the ones we’ve focused on here.  Upon scrutiny, you will find that you have many if not all of these qualities.  If so, feel better about yourself because you’re not only a benefit to yourself but all those around you.

Confidence and integrity is what it is all about being a man.

10 Characteristics That A Man Of Confidence And Integrity Has
https://www.mensanswer.com/articles/health/characteristics-of-a-confident-man/