You are here: Home » Articles » Grooming » 7 Male Celebrities Who Never See a Wrinkle

From time to time you’ll meet certain people who’ll never seem to age; whether this down to pure luck or the fact that they take advantage of every skincare product under the sun.

Then, there are the celebrities. 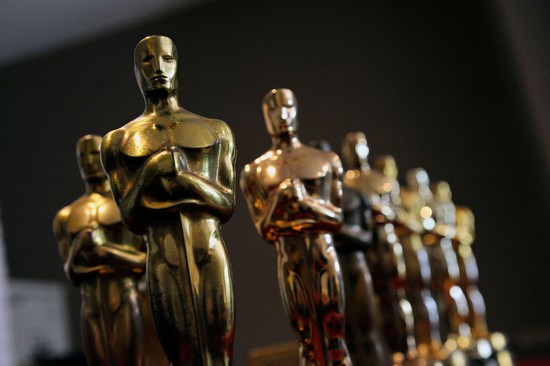 There’s no “from time to time” phrase needed here; every celebrity seems to be as youthful as it gets. It doesn’t matter if they are A-list, B-list or off the charts, if you’ve made it into the celebrity world then there’s every chance you look exactly the same, or younger, than ten years previously. The Curious Case of Benjamin Button certainly springs to mind…

Following on from this, we’re now going to delve into some of the best celebrities in this group; the guys who seem utterly ageless. Unfortunately, we’re not completely privy to why this is the case, but if we look at their lack of transformation over the years it will soon become clear that they’re part of a blessed group. 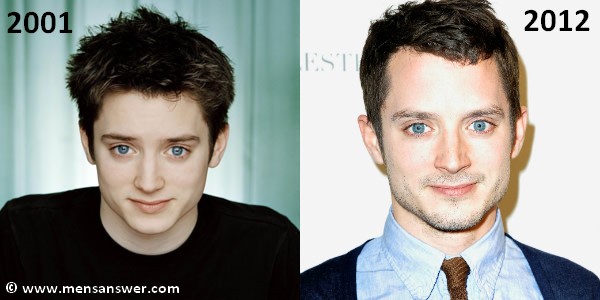 It would be fair to say that Elijah Wood made his name in the Lord of the Rings franchise, which incredibly happened all the way back at the start of the millennium. Back then, he was fresh-faced to say the least, and most people at the time couldn’t believe he was in his early 20s.

Well, age still doesn’t seem to have caught up with him. He’s now 35-years-old (yes, it does make you feel old), but he still holds the child-like appearance that made him such a household name.

Strangely, if we come to write this article in another ten years, we’ve a funny feeling that he’ll be included in the list again. 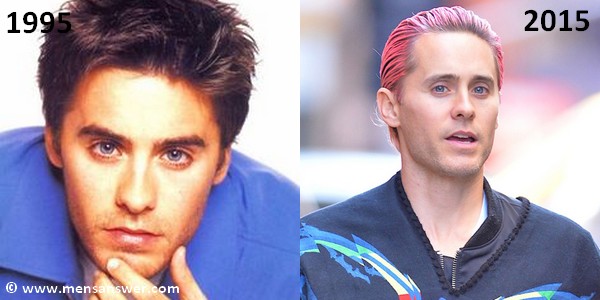 Singer? Check. Actor? Check. Director? Check. Stressful life? We’d guess so. To say that Jared Leto has his fingers in a lot of pies would be an understatement; this is a guy that has well and truly seen it all and worn the t-shirt.

Nevertheless, stress doesn’t seem to have aged him in the slightest. In fact, his appearance seems to have remained static over the last two decades. From his early acting roles, to Thirty Seconds To Mars and his recent return to acting, Leto seemingly hasn’t changed. He might have slightly more facial hair from time to time, but that’s the only difference of note. 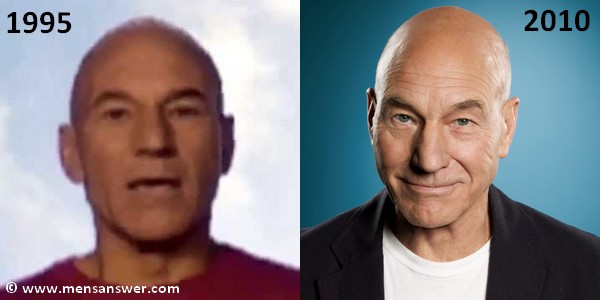 While Patrick Stewart’s career spans far and wide, most people are familiar with him following his success with Star Wars. Unlike some of the guys we have spoken about, we won’t remind you of the years he was active on this franchise – it just makes all of us feel old.

Fortunately for Stewart, he’s someone who just doesn’t seem to feel the effects of aging. In fact, we’d go as far as saying that he almost looks to have gone backwards. If you look at him during his heyday as a Star Trek regular in 1990, compared to his appearance over two decades later, the latter actually appears to be more youthful. Perhaps it’s the lack of hair… 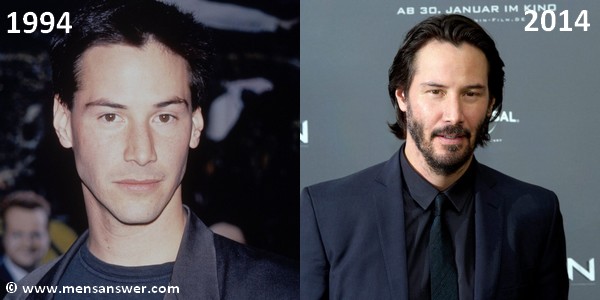 One of the side effects of this article, as we keep reminding you, is that it will make you feel old. We’re not just talking about the flawless appearance of some of the members of our list – but more so their real age. In the case of Keanu Reeves, he’s now surpassed the big 50 – which is a statement in itself.

Despite this, he’s still going strong. From the days of his hugely popular acting era in the early 1990s, to the present day, little has changed. His hair has remained the same – with absolutely no signs of aging. That famous sharp jawline is also still in tack, meaning that Reeves is still a firm favorite with the ladies as well. 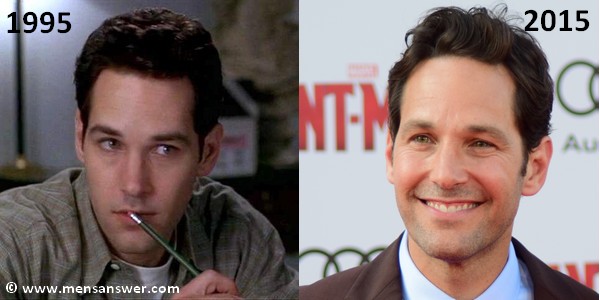 When we talk about guys who have been there and done it, here’s another example. From high-budget films, to a short stint on Friends, Rudd is one of those faces that will always be recognizable on television.

One of the reasons behind his easily-recognizable face is, again, it’s youthfulness. If we turn back the clock prior to his role in Friends, to around the mid-90s, he really hasn’t changed. Recent photos show that while his hair might be a little tidier, everything else has remained static. From the pose, to his fresh shave, we’re pretty shocked that Rudd is approaching the big-50. 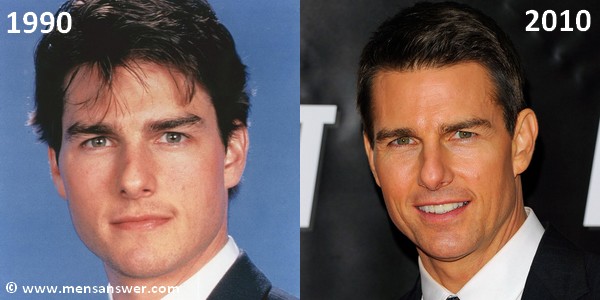 Come on, the list just wouldn’t be complete without including Tom Cruise, would it? We’re still getting over the fact that Cruise was born in the early 60s. As well as his appearance, it goes without saying that Cruise is still engaging in the high-octane films that have made him a household hit over the decades.

In fact, many people just believe that Cruise’s appearance has improved over the years. His hair style has changed with the times, while his jawline seems to have got that little bit sharper. The result? You can’t tell when you put two photos of twenty years apart next to each other.

Considering the amount of movies that Cruise has starred in over the last few years, this is another example of stress really not getting the better of a celebrity. If only the same rules applied with us Average Joes… 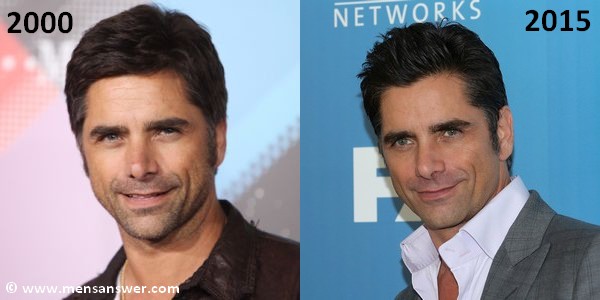 This is probably one of the more unique examples we have on our list, for the simple reason that John Stamos is someone who has donned facial hair from time to time – and this can sometimes make a difference to a person’s “alleged” age.

As you might have already expected, this hasn’t happened with Stamos though. He’s now in his 50s and while the odd grey hair may have started to shine through since his days in Full House back in the 90s, on the whole he’s retained a very similar appearance. Of course, we should also remind you that he’s ditched the huge head of hair he once donned – but from an age perspective at least, this has probably worked wonders! 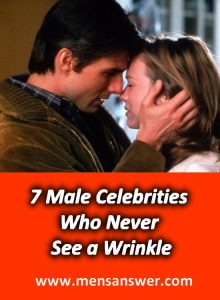