You are here: Home » Articles » Grooming » How to Kick Your Nail Biting Habit Once and For All

How to Kick Your Nail Biting Habit Once and For All

How to Kick Your Nail Biting Habit Once and For All
https://www.mensanswer.com/articles/grooming/kick-your-nail-biting-habit/

Glance around the country and you’ll see a huge problem. No, we’re not talking about the obesity crisis or any other of the mainstream news stories; today’s guide is all about the perils of nail biting. 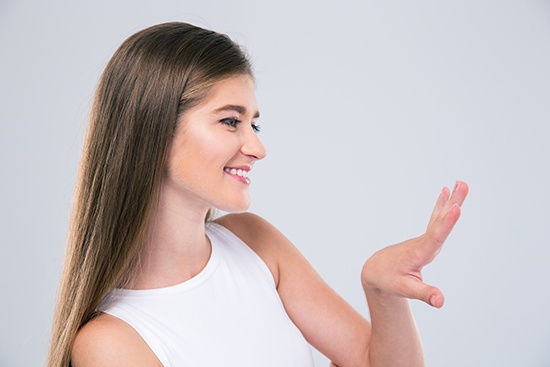 It would be fair to say that there are plenty of opinions regarding this action. On one hand, some guys think it’s bordering on the disgusting, whereas others just can’t get enough of it.

As you’ve already stumbled across this page, we’re going to assume that you fall into the latter category. Not only that, but you want to switch into the other group, the guys who just don’t do it.

Unfortunately, and we hate to be the breaker of bad news, there’s no easy fix for this. We would love to announce that you can be over nail biting in a flash but in short, it’s just not going to happen. Sure, some people might be able to quit right away, but on the most part it takes a long time to kill the habit. It’s like an addiction and as we all know, these feel all but impossible to kill at times.

Bearing this in mind, we’ve put together the following suggestions. The way in which you kick your nail biting habit is going to vary between people, so we’d suggest having a read of each one and seeing which is the most applicable to you.

For some of you, this will be a walk in the park. For others, this method just isn’t going to work at all.

Nevertheless, to start things off, you should just try to quit nail biting without any outside aids. That’s right, just consciously try and stop going for them.

Whilst this might seem to be easy, in actual fact it really isn’t. It’s not like smoking, where you tend to feel an urge to bite your nails, but it’s instead a different type of habit. There’s no nicotine or other chemicals fueling your “addiction”, but there is muscle memory and this is firmly in place.

In other words, without even realizing your hands will rise towards your mouth and the rest, as they say, is history.

So, at least give this method a chance, but don’t become frustrated if it plainly doesn’t work.

Some people find that utilizing a substitute is the best approach, with chewing gum tending to come out on top on most occasions. This should hardly come as a surprise when one considers that it’s also one of the top-rated remedies for those people who are looking to quit smoking.

In short, the method just involves chewing gum for large portions of the day. Obviously this is a big deterrent from your fingers going anywhere near your mouth; nobody wants minty fingers after all.

Again, its chances of success will depend largely on the individual. For some of you, it will be easy. For others, the taste of chewing gum will simply get too much and you’ll end up giving this method up as a bad job.

This is actually one of the most common methods and involves placing bandages around each of your fingers. Suffice to say, you’re going to look out of the ordinary, which might be enough to put some of you off.

Of course, there is method behind the madness. Just like nobody wants to have chewing gum remains plastered all over their fingers, at the same time nobody wants to be munching bandages. It’s a deterrent and out of all of the options we have mulled over so far, this is the one which most people tend to have the most success with.

This is an interesting one and while it might work for some of you, in general research suggest that it’s not going to be a valid method for the masses. Sure, the theory of cutting your nails sounds perfect, as it gives nothing for your teeth to grip onto.

In practice, it’s not about this in the slightest though. As we have alluded to in a separate point, the reason most guys bite their nails is through habit. As such, even if your nails are as short as can be, it’s not going to stop your fingers slowly rising to your mouth at various times of the day. Not only that, but it’s also going to prompt a lot of pain when there’s nothing left to chew on!

Like we said, some people do experience success with this, but on the whole it’s one of the less renowned options.

Method #5 – Use an anti-nail-biting polish

Out of everything that we’ll talk about through this guide, this is probably the suggestion that seems to work the best for most people. It’s a little less orthodox, and will involve you heading to the store to buy a specialist product, but anyone who has used an anti-nail-biting polish will most probably have nothing but good things to say about them.

So, what is a polish of this ilk? In simple terms, it’s something which is designed to be applied to your nails. Of course, it’s not like a varnish by any stretch of the imagination. Instead, it’s a foul-tasting chemical that nobody would ever want to put anywhere near their mouth. It should go without saying that it’s by no means poisonous and is completely harmless, but the smell and taste mean that nobody in their right mind would ever think about putting it anywhere near their mouth. The best way to describe the taste would be like an exploded battery, with the usual ingredients of nitrocellulose, isopropyl and alcohol all contributing to this.

As well as the immediate stench and taste, it’s worth mentioning that these products tend to linger for several minutes. In other words, it’s not just initially off-putting; it’s also terrible for the moments proceeding.

Some people have suggested that they can get used to the foul taste over a period of a few weeks. Well, if you do fall into this category, you’re probably going to be in the minority. After all, your habit should have been culled at this point anyway, so your nail biting is most probably for a completely different reason.

Method #6 – Get help from others

As you will have probably been able to notice through the course of this guide, it’s easier said than done when it comes to stopping your nail biting. It’s for this reason that this next suggestion hones in on enlisting the help of others.

Some people might feel that this is almost overkill, but it can help you in numerous ways. Simply sitting your friends and family down, telling them about the issue and explaining to them how you want to tackle it can help considerably.

The best way they can help in this point is to tell you as soon as they notice you raising your fingers to your mouth. As we’ve said before, a lot of people don’t even realize that they are doing it, so a cue from those who are close to you can help you get to the bottom of the problem much more quickly.

Method #7 – Identify the problem in the first place

The final method we’re going to look at is simply asking yourself what is causing you to bite your nails.

Quite often, the habit is purely driven by various triggers. For some of you, this might be anxiety. For others, it might be the reward at the end; the feeling of having “fresh” nails immediately after you have concluded the biting.

From this point, it’s worth devising a plan. This plan is going to vary depending on your trigger. For example, it goes without saying that if anxiety is the root of the problem, this needs to be addressed first. Or, if it’s the simple enjoyment of the nail biting session, it’s going to be more of a psychological effort focused on if you really want to sacrifice the health of your nails for this minor sensation.

Additional points to help you on your journey

Following on from all of the above, hopefully you are now armed with enough ways to put your nail biting to the sword.

Regardless of the method you attempt to deploy, let’s tap into some further advice.

Firstly, a degree of patience is required here, for a couple of reasons. Firstly, some of these methods will take time to get used to. For example, if you’ve opted for the bandage method, it goes without saying that you are going to take time before you start to naturally realize that your fingers are covered in bandages. Secondly, it can take a while before your mind is “trained” not to bite your nails anymore. As we’ve said on countless occasions, this is a habit and you need to reverse the muscle memory that has become engrained for so many years.

The next point is closely related, and it works out to your journey in this regard. A “journey” might appear to be something of an exaggeration for something as supposedly trivial as nail biting, but this is what you will be going on. The success will depend with how you approach it, with our suggestion being that you should opt for the one day at a time approach. In other words, don’t attempt to set any long-term goals here, just try and get each through each day with gradual improvement and hope over time that the habit goes away.

How to Kick Your Nail Biting Habit Once and For All
https://www.mensanswer.com/articles/grooming/kick-your-nail-biting-habit/